Critter of the Week: La Luna

The moon's an arrant thief,
And her pale fire she snatches from the sun.
- William Shakespeare

This past Saturday saw the full moon reach perigee and look 14 percent larger than other full moons throughout the year, earning it the term Supermoon. Unfortunately, it was cloudy that night in my area, and I was left to create a big moon of my own to enjoy, with little Agnes to give it a great big hug. 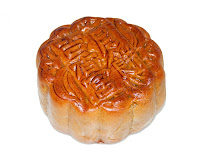 Chinese mooncakes are made for the Chinese New Year and an autumn harvest festival. A thin crust covers a rich filling made from red bean or lotus seed paste with an egg yolk in the middle. Many recipes are available online, from quickies that look nothing like this pretty picture to more accurate versions that still use more familiar ingredients. 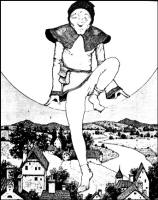 The first children's book written by L. Frank Baum was a collection of stories based on nursery rhymes called Mother Goose in Prose. Each nursery rhyme was expanded to a longer narrative with more detail and character development. We find out how the old woman ended up living in a shoe, a situation which many modern parents can relate to. The black sheep has an interesting attitude towards the wool industry. And the Man in the Moon longs to be a part of the world below, only to find difficulties arising from unexpected contradictions.

I loved this book and especially loved the marvelous illustrations by Maxfield Parrish, such as the one above of the Moon Man. 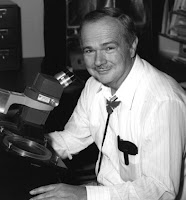 Dr. Eugene Shoemaker, to date, is the only human being for whom the moon is a final resting place. Some of his ashes were on board 1999's Lunar Prospector when it was deliberately crashed into the lunar surface after a mapping mission. Dr. Shoemaker was best known for discovering the comet Shoemaker-Levy 9 with his wife Caroline and David Levy. He founded and was the first director of the Astrogeology Research Program and was involved in training the Apollo astronauts.